Do you face the leakage of water from the roofs of your office, factory, school or home? For instance there is heavy rainfall and you have to apply Plaster to your roof which makes it even heavier.are you looking for waterproofing solution in islamabad

Do you face the leakage of water from the roofs of your office, factory, school or home? For instance there is heavy rainfall and you have to apply Plaster to your roof which makes it even heavier.are you looking for waterproofing solution in islamabad 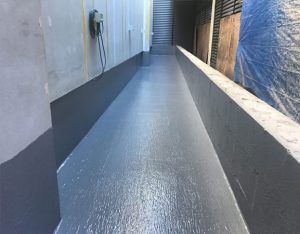 Are you looking for the Waterproofing in islamabad rawalpindi peshawar lahore karachi Pakistan?

Waterproofing has become a massive problem that needs to be take care of but people don’t know how to take care of this problem. But with the help of Waterproofing chemicals, it has become rather easy to guard the house from the rain and proof it from the water, decreasing the worries of people tenfold. This chemical is also known as Tuffcrete. It is an ‘acrylic copolymer emulsion’ and is like an additive on the walls so to enhance its abilities to guard the walls from the water. It has the properties that usual chemicals don’t have like adhesion, tensile, strength and also compressive. It is really cheap to use too.

Water problems in houses are very common in Pakistan and people don’t know what to do in order to save their houses from the rain water. Basically rain water is the only thing along with the dust that not only damages the exterior but also causes  it to slowly and painfully decay. If the water stays for a long time on the walls or on the roof of the house then the place and area where it stays for too long slowly also decays. The water slowly seeps into the base of the rood and then into the interior of the house. Which causes not only the structure but also the decoration of walls to decay.

People cannot do anything but just watch with forced smiles as the clusters of pain and cement slowly and slowly falls from the walls of their houses. People spend so much money in the decoration of their houses. They are happy with the way how their houses looks but that all is turned upside down when they come face to face with the downing realization that all of their hard work as well as money also washes away with the rain water that washes over their houses. People spend months over the decoration of their houses and that goes all in vain. They cannot do anything but just watch as the clusters upon clusters of pain are slipped from the walls. Chunks of cements fall from the walls and hey have to watch it not matter what.unicorn is leading waterproofing company in islamabad

Then there comes the difference between the classes of people that distributes them over in the society. There are two classes of the people in the society, one is rich and the other one is poor. These both classes act differently according to the situation of watching their house being decayed. The rich people when come across this kind of situation are sad but they have a lot money saved up in their bank accounts so they discus this matter with their family and decide to re-paint their house. It is not a big matter for them to simply re-paint their whole house. Because they have a lot of money to spare on their houses that it is not a big deal. They simply spend a huge amount of money and get their house re-painted only in a few days but then again they are not spared by the fate. Once the season of rainfall starts, rain water starts to gather up in all the places which are a little down towards the ground. After only a short amount of time, the texture of where water has gathered slowly starts to dampen before the water simply starts to leak out again.

Then there are those who cannot do anything even if the water starts to seep out of the walls. The ones with the less money cannot do anything. The have had spent so many years trying to build only a single house but they also make mistakes when it comes to the making of their houses and that is why they have to suffer from the critical cases of watching their house simply decay. They had saved up so much money, they had skipped meals in order to save up the money so that they could buy a single house and to watch it slowly decaying becomes really agonizing. They cannot do anything other than just to watch as their house becomes a mess and they are not able to do anything. They don’t have the money to repair their houses from the damages of the water. They cannot spend the money on these kind of repairing but they begin to live in the mess of smells and clusters. But what can they even do other than just simply take long yet slow agonizing breaths. They cannot do anything other than just simply try to repair the damages by themselves which had eventually occurred in their houses. Like small holes and the seeping of the water. In the scorching heat of the sunlight they work so hard in order to repair those damages and prepare themselves for the next rainfall. Although they also know that their efforts will be in vain, the next rain. 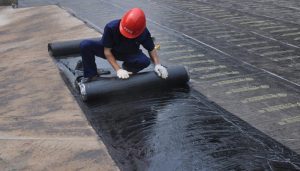 In a country like Pakistan whose climate varies every year, it is only common that in day there is very much heat and in the night it becomes very cold and also it rains very hard. In the season of rain, many changes can be seen in the weather as is not a constant temperature. The atmosphere becomes so much humid that even breathing becomes really hard. Sweat pours down like water and people do not want stay close with another person. People get so much irritated due to the humidity that there are so many fights in the season. And that’s only because people get so much irritated due to the heat in the atmosphere that they are not able to think properly. They cannot do anything in the heat. But it slowly changes when the dark clouds start to gather in the sky. Slowly, slowly winds start to pick up the speeds and the dark clouds cover up the whole sky in their majestic presence. They cover up the whole sky and shield the people the scorching sunlight. Wind starts to blow at even higher rates and starts to kick up all the dust in the air. As the wind flows from one area to another, it carries a hidden message in itself. All the people hiding in the shades of tress, shops and houses come out as they smell the scent of dust and earth that the wind carries and start to come out of their shelters. It stirs up the feeling of joy in their hearts and soon they come out in order to enjoy the rain and wind that is about to come.we are best waterproofing  company in islamabad

People set up their temporary sitting systems in the balcony so that they can fully enjoy the rain. It is really refreshing to watch them get so happy when it rains. In the rural areas, just as it starts to rain, people make treats and dishes so to enjoy the rain with the hot dishes. Just as the rain starts, I cannot explain the happiness that people start to feel. Seeing the content expressions of the faces of kids really gives you the warm feeling. People fully enjoy the rain, sitting, chatting and dancing in the rain..Find our Waterproofing in islamabad

But Alas! With happiness there also come sadness. The rain doesn’t stops and the soft splashing of rain becomes hard as the thunder claps and grudges. The rain doesn’t stops , minutes turns into hours and hours turn into days but the rain doesn’t stop. People start to get scared that what they were thinking of as a blessing might be a curse. Those who have houses made up of bricks only come to face it the hard way. They meets the final day of their life as the roofs of their houses under the pressure of constant rain can’t hold up and falls on them causing them to die instantly. Meanwhile those who don’t have their houses properly made also suffer from the consequences of the intense rain. Then there are also those whose houses are not in the proper streets and they suffer even more from the results of the rain. Due the narrow and deep streets, just as the amount of rain increases, the water starts to gather on the streets. The water starts to gather because the drainage pipes get blocked and they don’t let any more water in. The water eventually increases to the point that it starts to enter in the houses of people and they have to manually take through the water out.

In such cases, Waterproofing Chemicals are the best choice if you want to save your house from being swamped with the water in the walls. These chemicals come very handy when you don’t have any other option. You can depend on these chemicals as they are really cheap and really reliable. You just have to apply it over the walls and roof of your house. They will do the rest of the job for you as they easily repel all the water. Water simply slides off after making contact with these chemicals and doesn’t seeps in the walls. It is really affordable and is considered as the best option.Find our Waterproofing in islamabad